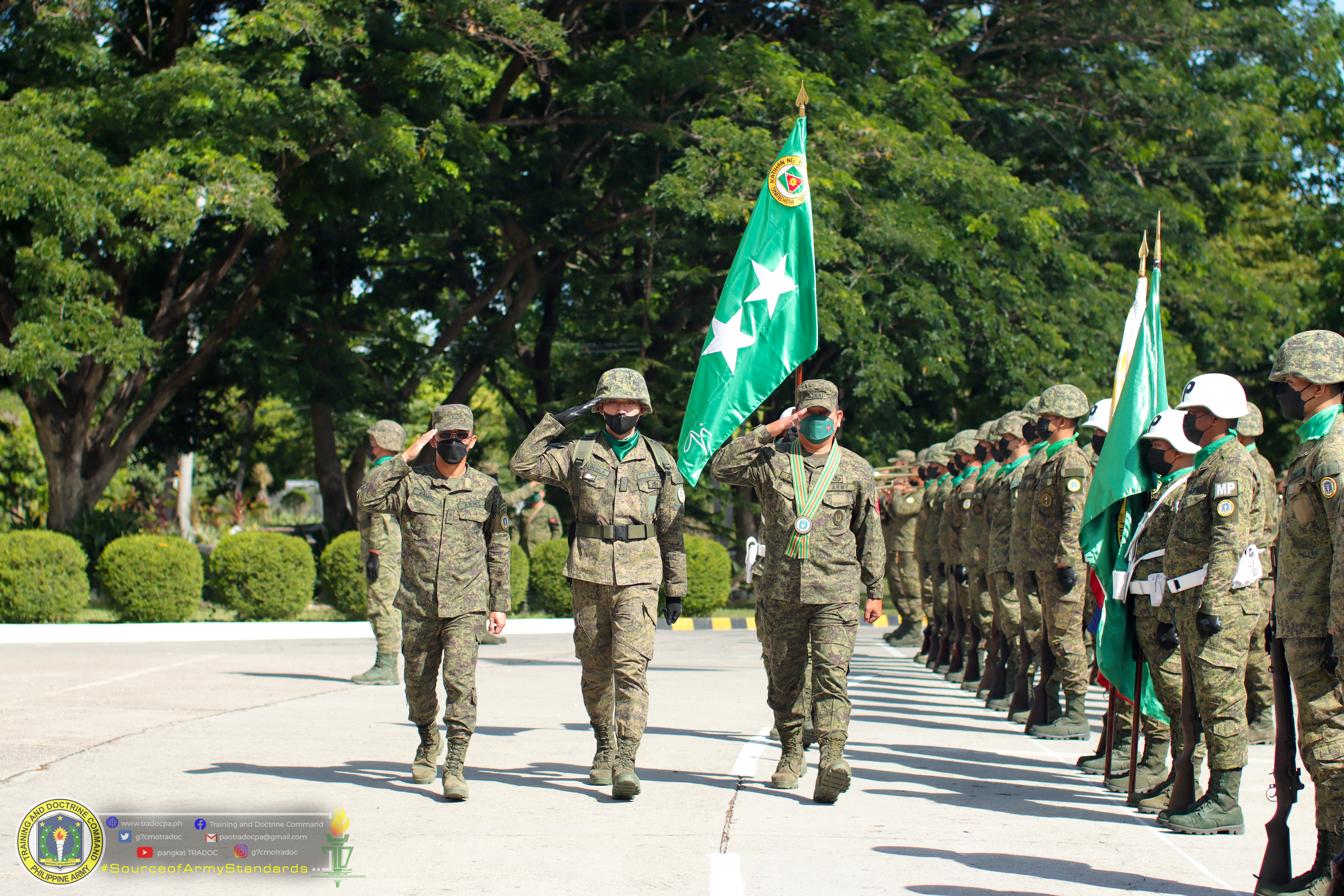 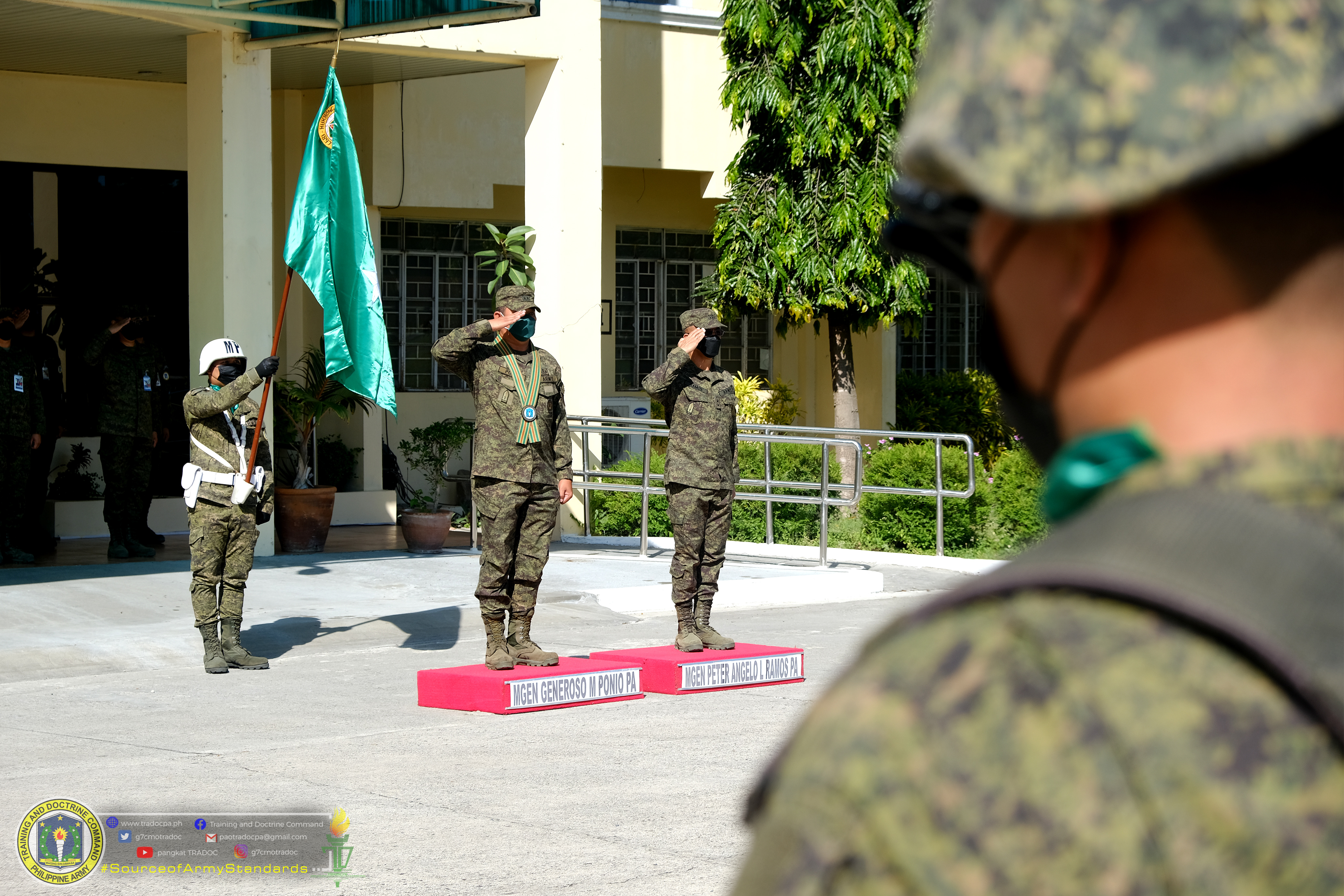 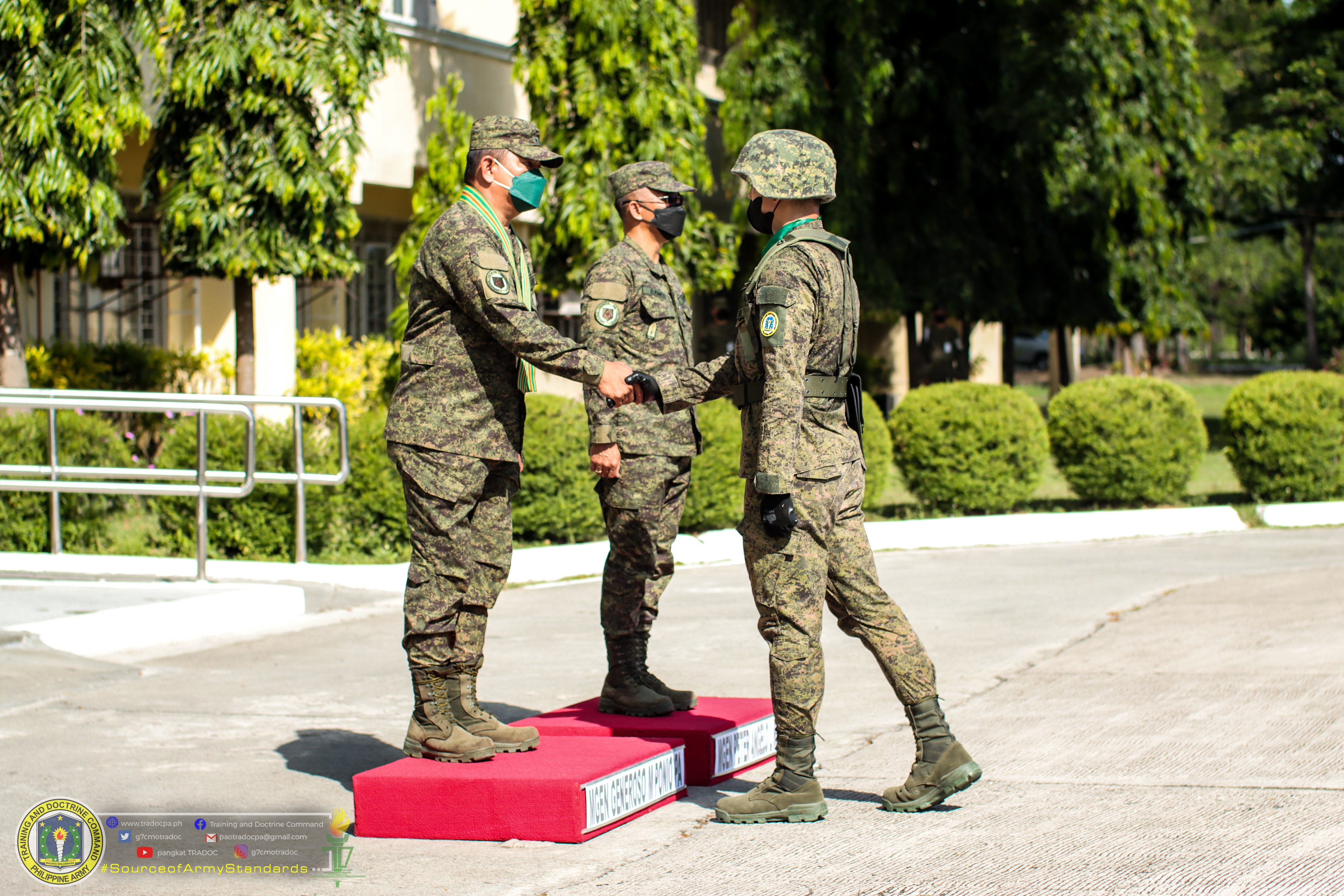 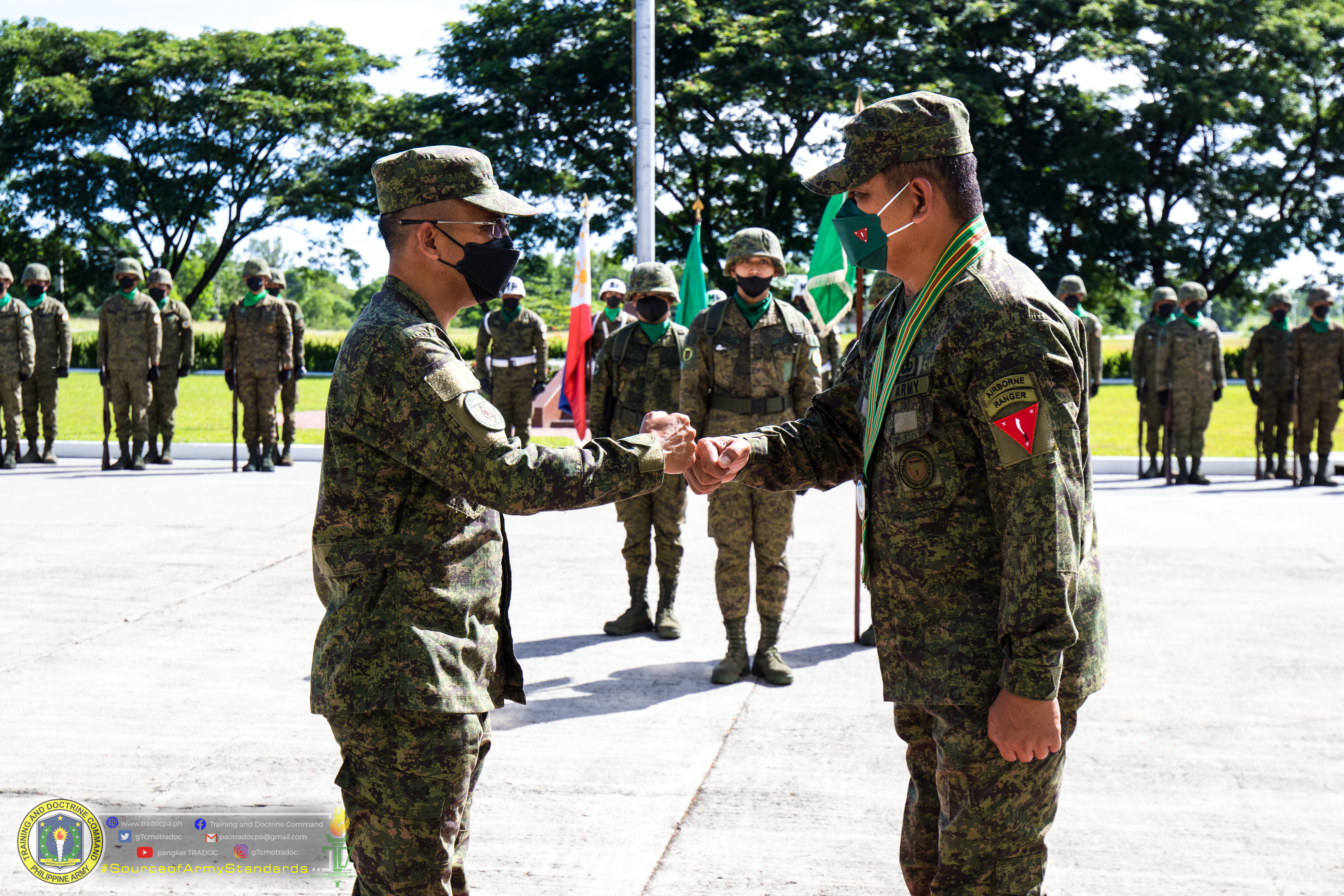 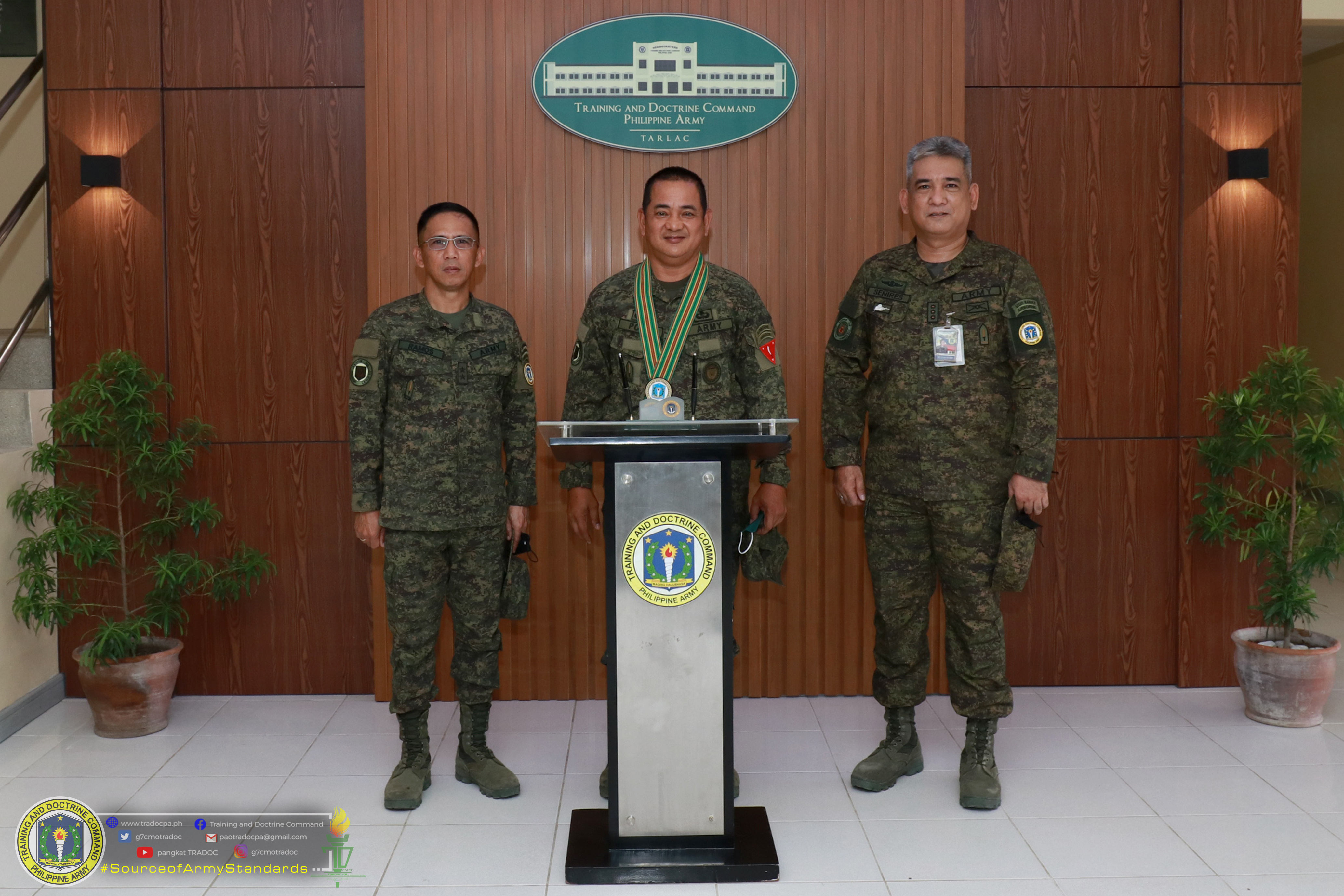 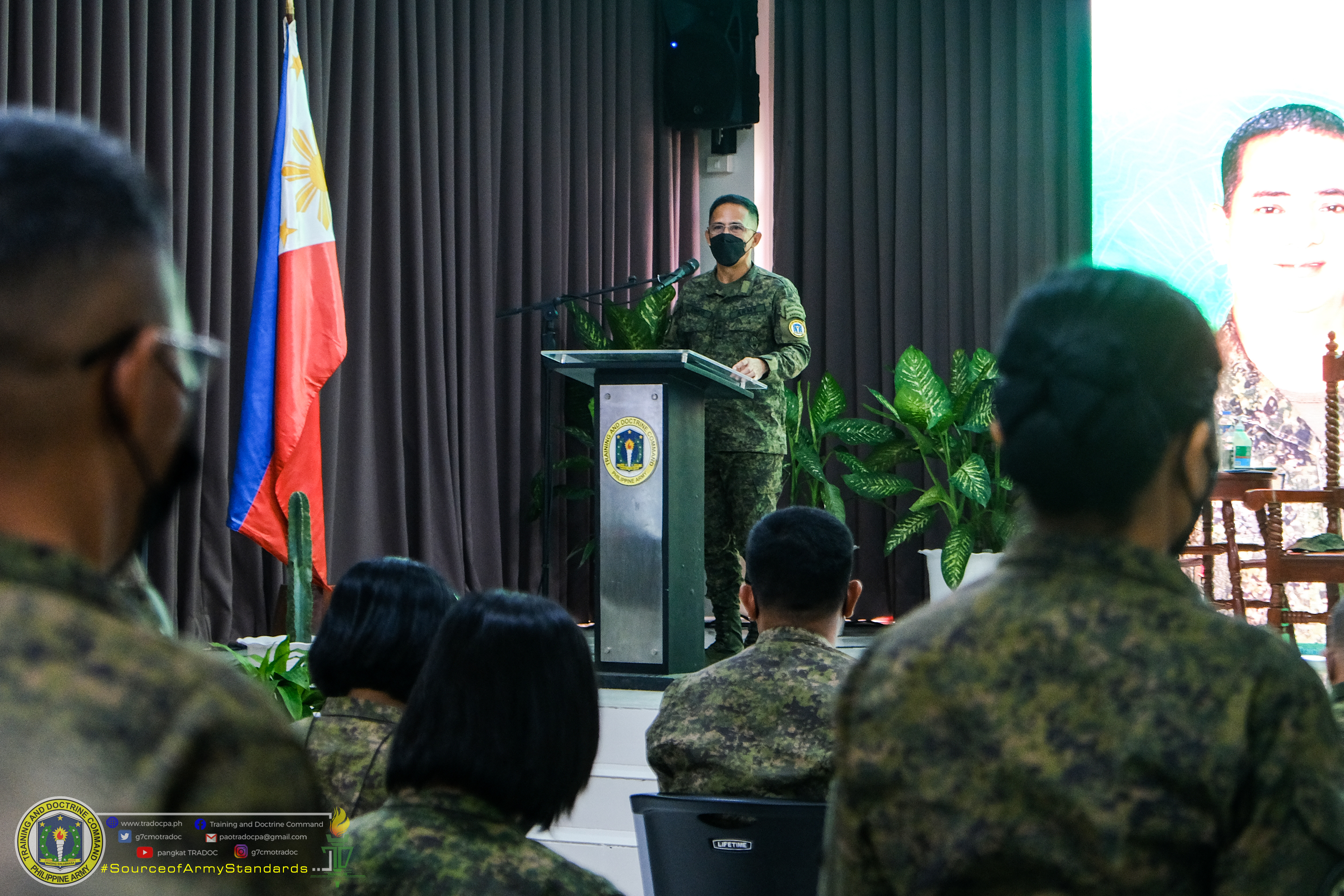 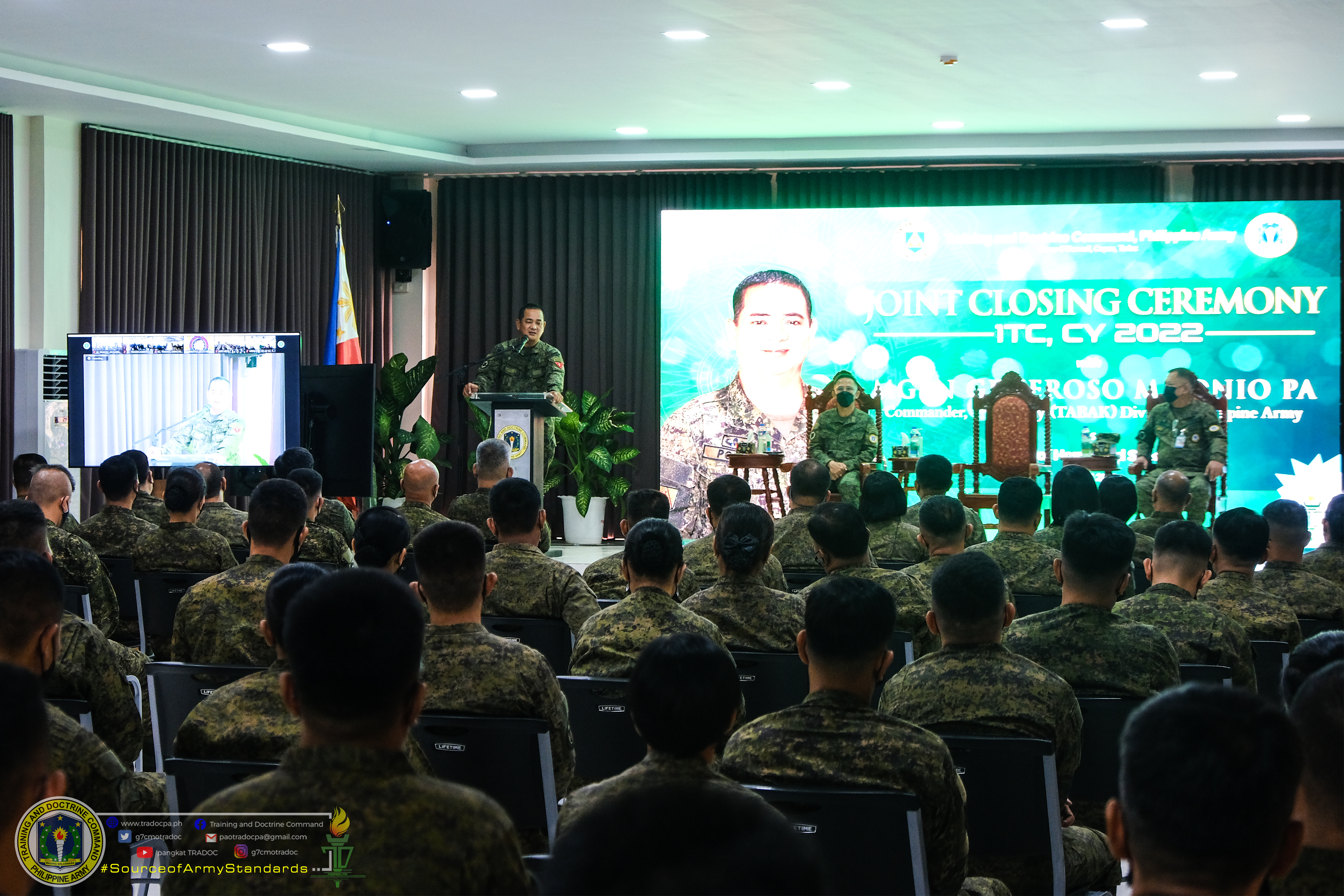 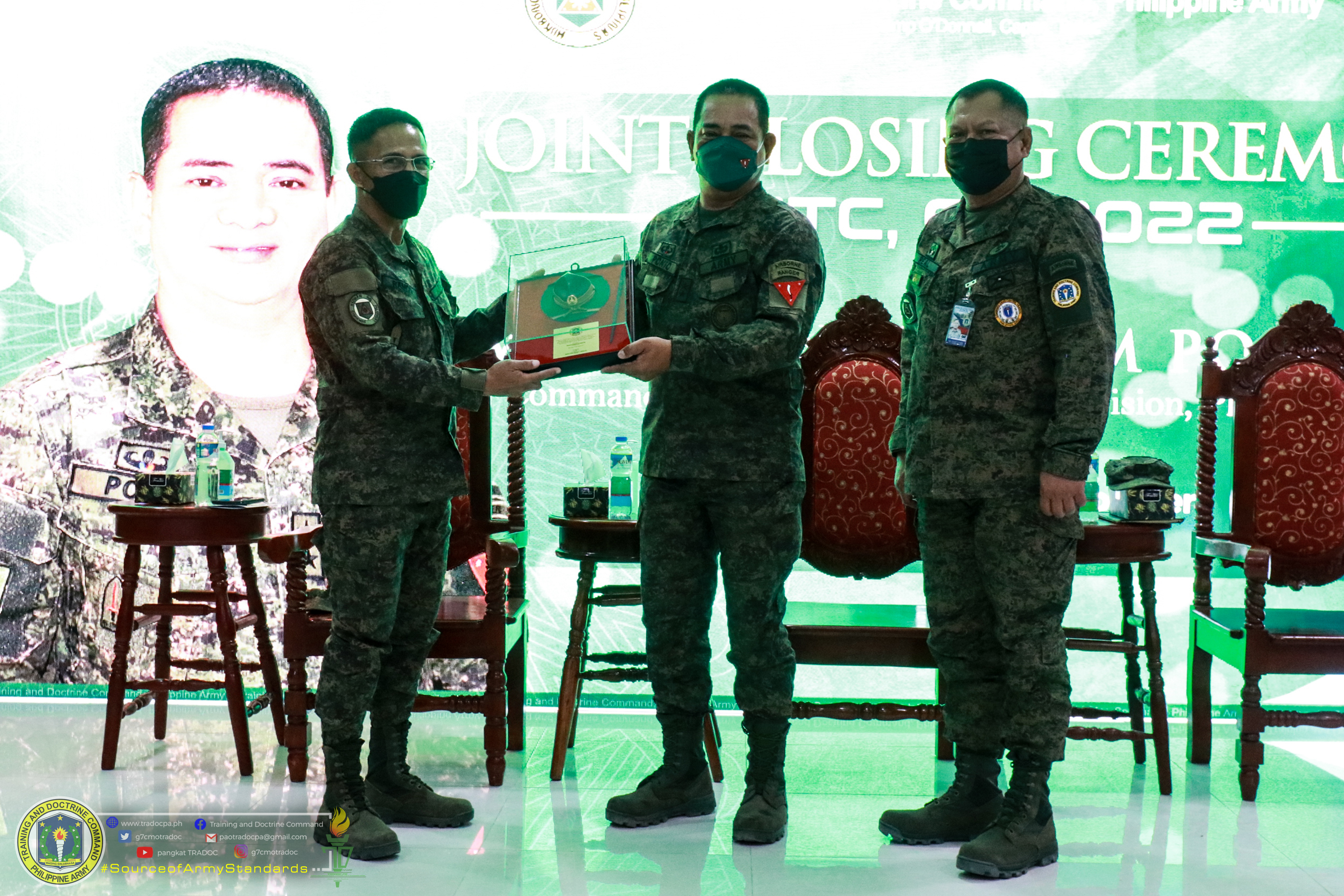 Camp O'Donnell, Capas, Tarlac – A total of 2,472 students from 69 courses graduated during a virtual and face-to-face joint closing ceremony of the 1st training cycle held at Headquarters Training and Doctrine Command, Philippine Army on 27 April 2022.

Major General Generoso M. Ponio, the Commander of the 1st Infantry (TABAK) Division, Philippine Army, graced the event, as the Guest of Honor and Speaker. He commends the graduates and reminds everyone to become a role player by doing everyone’s duty to the best of their ability. “I hope that you have internalized and understood the essence of the courses you have taken. I know that you are knowledgeable and capable of carrying out your duties and responsibilities in accordance with our doctrine, but it is best for us to be instilled and refreshed on what we do in the field.” Major General Ponio said in his message.

The new set of knowledge and expertise, both in combat and non-combat, that the graduates learned from their military courses will help and equip them in the performance of their duties once they return to their respective units. The doctrine-based military education instilled in the officers and enlisted personnel is critical in accomplishing the mission of their respective units and in becoming a world-class Army that is a source of national pride.

Strict observation of IATF anti-COVID19 protocols was implemented during the entire activity.