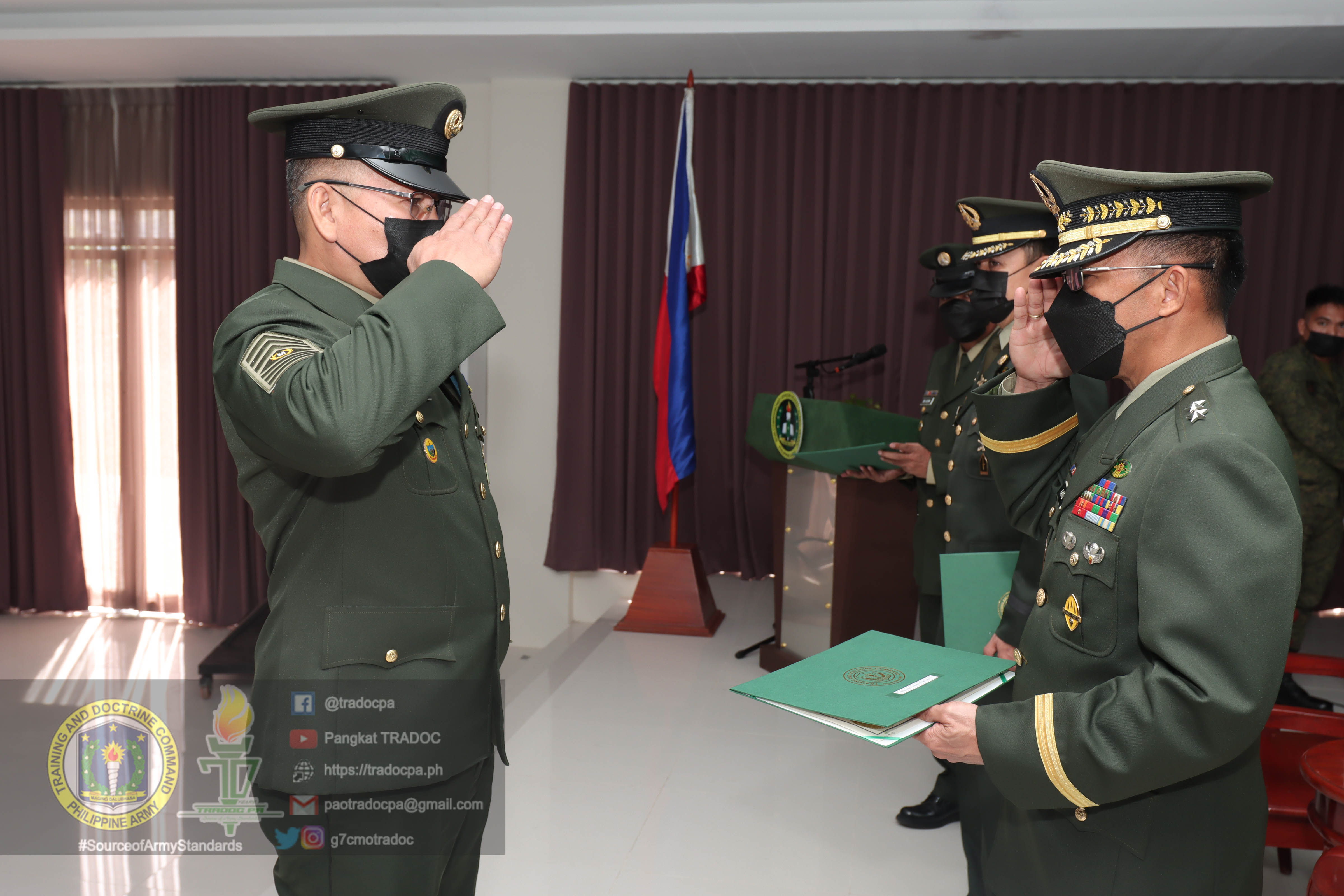 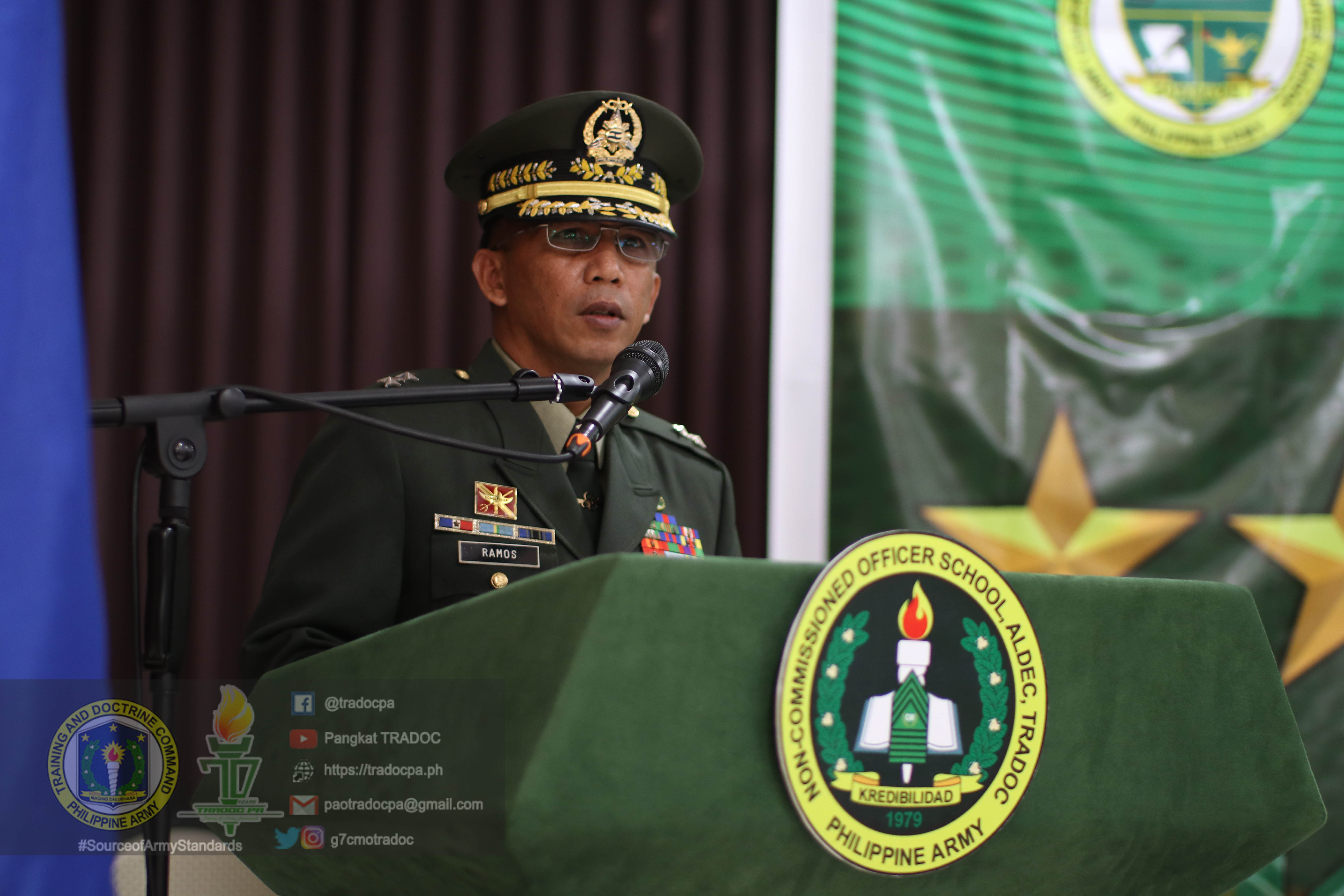 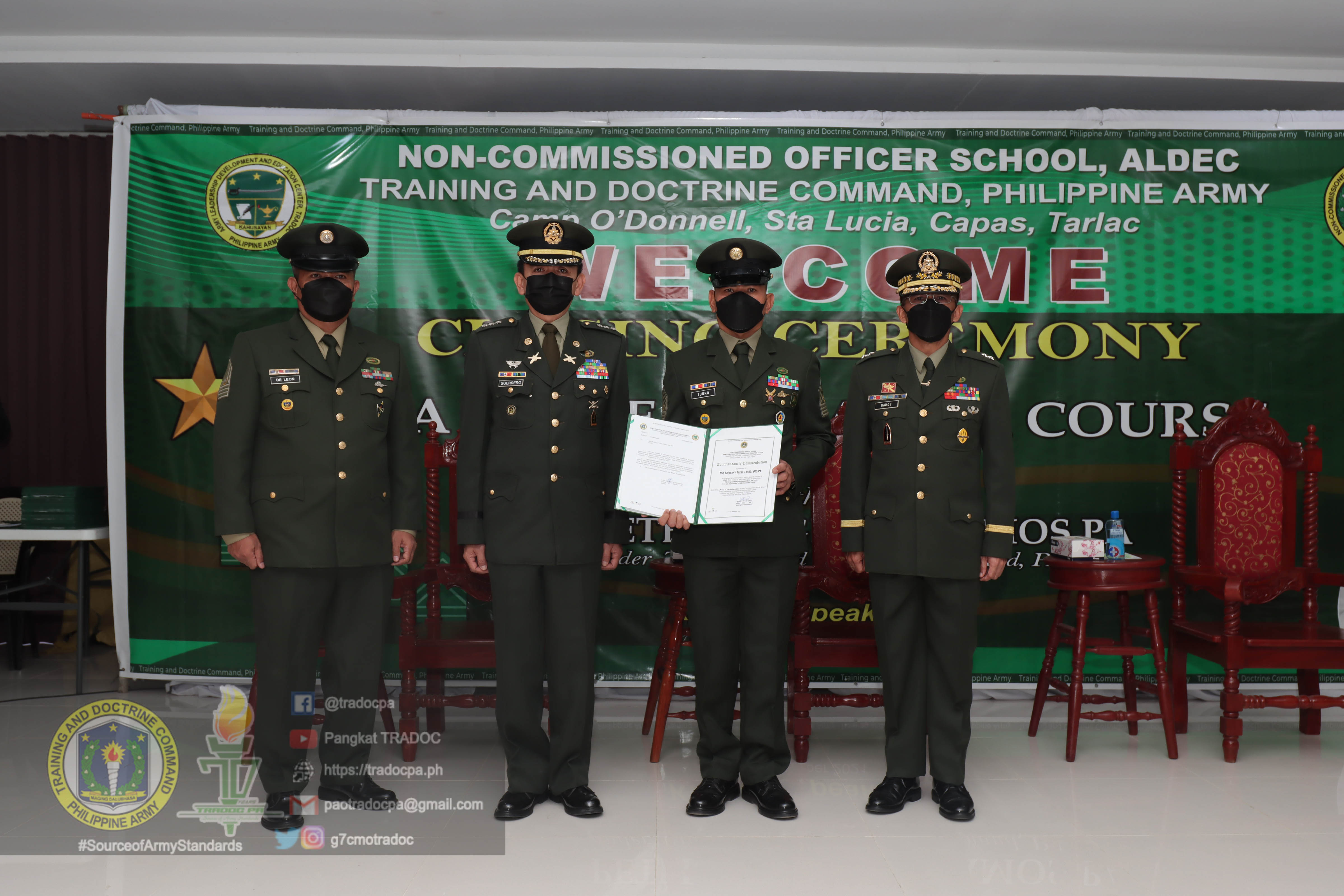 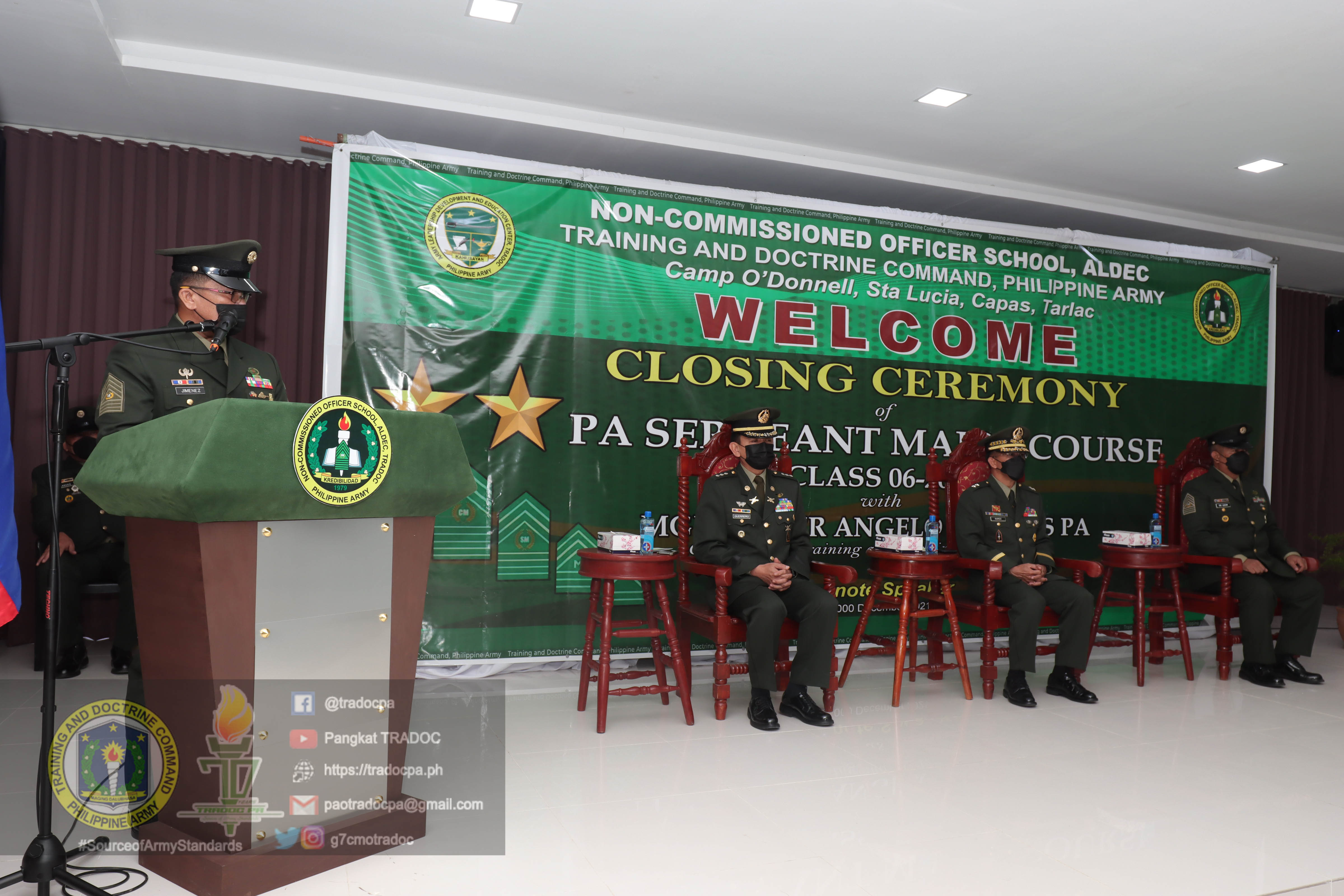 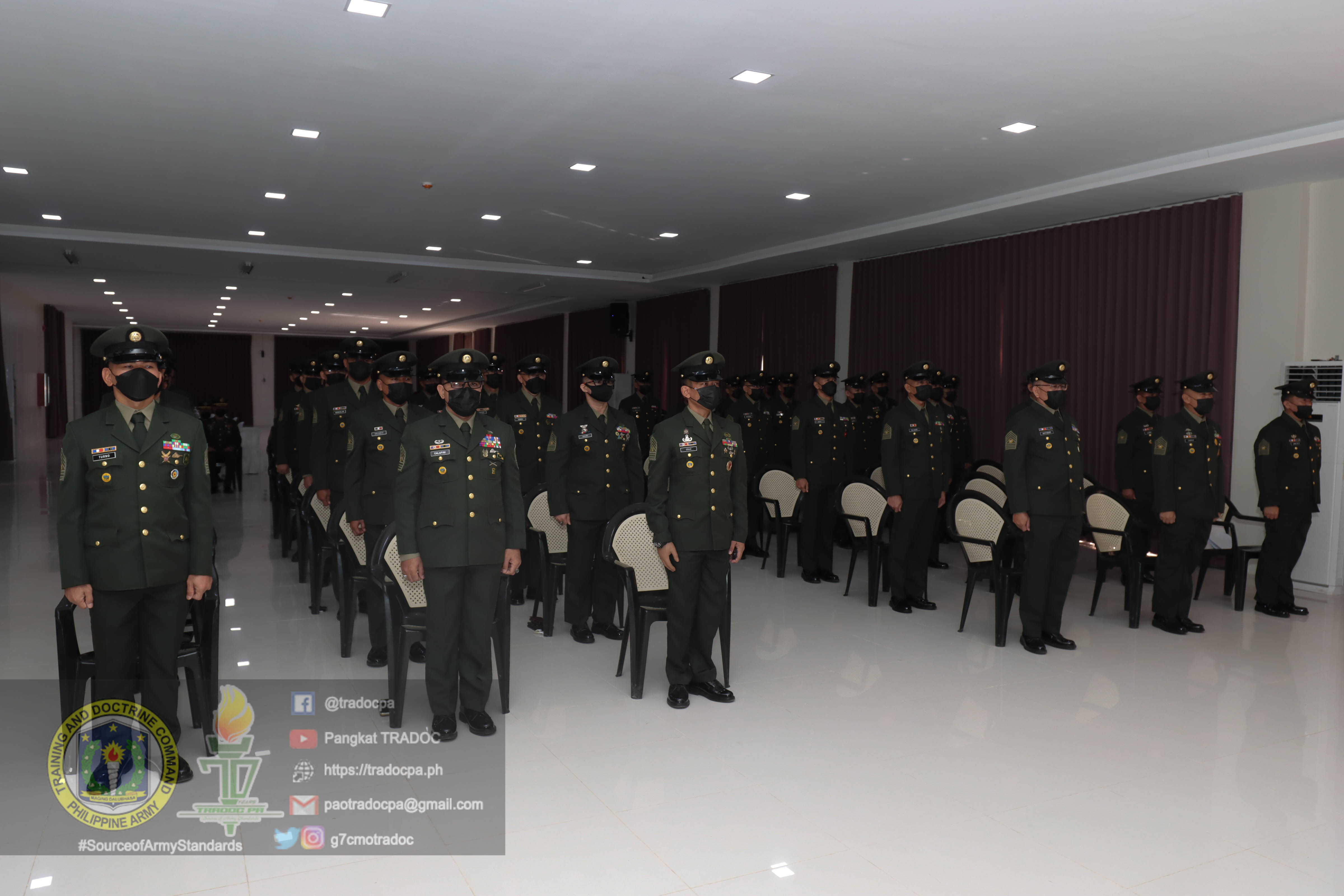 The PA Sergeant Major Course is a 12 weeks course conducted by the Non-Commissioned Officer School (NCOS) under the Army Leadership Development and Education Center (ALDEC), TRADOC, PA based in this camp. The course prepares a senior NCO to assume the role of Sergeant Major to be a "Progressive, Adaptive, and Untiring Leader" of Army units.

He encourages the new breed of Sergeant Majors to always have a heart for service that is characterized with excellence and professionalism. “By giving high regards to discipline and considering it as a way of life, you have set the standards and be the example of the traits and values that you want our personnel to instill among them.” Maj. General Ramos emphasized on his message.

Strict observation of IATF covid protocols were implemented during the entire activity.